DAiSY (DAiSYfest CIC) is an umbrella organisation which promotes and celebrates the works of disabled artists and disability arts organisations in Surrey.

The organisation strives to develop the South East as the lead region in the UK for disability and deaf cultural activity, making Surrey a welcoming and accessible place for all artists to practice.

DAiSY was founded as a steering group in 2011, initially with the intention of delivering festivals that celebrated the work of its members. DAiSY delivered DAiSYfest at Leatherhead Theatre in 2013 and then at GLive in 2014 and 2016.

Since this time DAiSY has changed the way it works to create a programme of activity which happens throughout the year. The focus has also shifted to encompass advocacy and training, whilst still keeping artistic delivery and networking at the heart of its delivery.

In 2020 DAiSY became DAiSYfest CIC, incorporating as a charitable organisation. During this year DAiSY also launched its Artist Commissioning scheme. 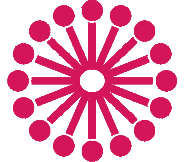 Cara is Head of Development & Programmes for DAiSY and manages the overall running of the organisation, to include fundraising and delivering the various DAiSY projects. She has a visual arts background with an expertise in public and participatory art as both artist and manager.

James is Project and Access Coordinator for DAiSY with responsibilities for supporting the delivery of DAiSY programmes. He has experience of working in disability arts, including in arts for children and families at Z-arts, arts commissioning at Unlimited and dance with Stopgap Dance Company. He currently supports the DAiSY artist commission programme.

Laura Jones is a Trustee of DAiSY. She is a dance artist, based in South East England. As well as being Head of Talent Development at Stopgap Dance Company she is also on the board of Trustees at East London Dance and English Folk Dance and Song Society.

Viv is a Trustee of DAiSY. She has great knowledge of performing arts and inclusive working, and was the founder and director of Freewheelers Theatre and Media Co.

Hayley Bull is a Trustee of DAiSY. She has worked in creative production management her whole career, both managing and supporting a range of established artists and artistic organisations within the UK and Europe. Hayley currently works as the General Manager of Bloomin’ Arts.

We use cookies on our website to give you the most relevant experience by remembering your preferences and repeat visits. By clicking “Accept All”, you consent to the use of ALL the cookies. However, you may visit "Cookie Settings" to provide a controlled consent.
Cookie SettingsAccept All
Manage consent

This website uses cookies to improve your experience while you navigate through the website. Out of these, the cookies that are categorized as necessary are stored on your browser as they are essential for the working of basic functionalities of the website. We also use third-party cookies that help us analyze and understand how you use this website. These cookies will be stored in your browser only with your consent. You also have the option to opt-out of these cookies. But opting out of some of these cookies may affect your browsing experience.
Necessary Always Enabled
Necessary cookies are absolutely essential for the website to function properly. These cookies ensure basic functionalities and security features of the website, anonymously.
Functional
Functional cookies help to perform certain functionalities like sharing the content of the website on social media platforms, collect feedbacks, and other third-party features.
Performance
Performance cookies are used to understand and analyze the key performance indexes of the website which helps in delivering a better user experience for the visitors.
Analytics
Analytical cookies are used to understand how visitors interact with the website. These cookies help provide information on metrics the number of visitors, bounce rate, traffic source, etc.
Advertisement
Advertisement cookies are used to provide visitors with relevant ads and marketing campaigns. These cookies track visitors across websites and collect information to provide customized ads.
Others
Other uncategorized cookies are those that are being analyzed and have not been classified into a category as yet.
SAVE & ACCEPT